Ram: Scion of Ikshvaku) is a one to one replica of the events taking place before the epic tale “Ramayana” and also the fourth book of Amish Tripathi, fourth book of Amishverse, and first book of Ram Chandra Series. It was released on 22 June 2015. It is based on Ram, the legendary Indian king regarded as an incarnation of Vishnu. The title was revealed by the author at the Jaipur Literature Festival. The story begins with King Dashrath of Ayodhya being defeated in a war by Lankan trader Raavan, and the birth of his son Ram. It follows through Ram’s childhood and tutelage, along with the politics surrounding his ascension to the throne, and ultimately his 14-year exile, accompanied by wife Sita and brother Lakshman.

Ram and his half-brothers, Bharat (son of Kaikeyi), Lakshman and Shatrughan (twin sons of Dashrath’s third wife Sumitra), are sent to live at the hermitage of Sage Vashistha. Under his tutelage, Ram becomes a skilled warrior, and gains knowledge about India’s predicament and how one should resolve it. After his education is completed, Ram is given the job of maintaining law and police in Ayodhya, in which he considerably excels. One day Roshni, daughter of the wealthy trader Manthara and sister-like to the four brothers, is gang raped and murdered. The culprits are all executed except one, Dhenuka, who is underage. A strict follower of the law, Ram is forced to imprison the boy although others request him for Dhenuka’s execution. Manthara bribes Kaikeyi into influencing Bharat, who secretly murders Dhenuka, much to Ram’s chagrin.

In the meantime Dashrath’s attitude towards Ram changes and he names Ram as the crown prince. Shortly afterwards, Ram and Lakshman help sage Vishwamitra—head of the Malayaputra tribe who serve the next Vishnu—to stop the Asura attacks on his hermitage. Ram convinces the Asuras to go to Pariha, the land of Lord Rudra, the previous Mahadev. It is during this trip that Ram learns from his half-brother Lakshman about his anointment as the next Vishnu by Sage Vashishtha. Next they travel to the remote kingdom of Mithila, where Ram meets princess Sita, the adopted daughter of King Janak. Like Ram, Sita also strongly believes in following laws, thus earning Ram’s respect and love. During a Swayamvar for Sita, Raavan and his brother Kumbhakarna arrive, but storm out when Viswamitra announces Ram’s name as the first suitor. Ram wins the Swayamvar and marries Sita, while Lakshman marries Janak’s biological daughter, Urmila.

The next day, Raavan besieges Mithila with 10,000 of his soldiers, and Ram is forced to use the biological weapon Asurastra by Vishwamitra, even though its usage is forbidden and not authorized by the Vayuputras, Lord Rudra’s tribe. The Lankan army is defeated and Raavan escapes on his helicopter, Pushpak Vimaan. Ram returns to Ayodhya and decides to take a 14-year exile as punishment for breaking Rudra’s rule about the weapon. A begrudged Manthara asks Kaikeyi to substantiate the matter by using two boons given to her by Dashrath for saving his life. Thus Ram undertakes the exile with Sita and Lakshman.

After Dashrath’s death, Bharat declares Ram as King of Ayodhya and decides to rule the kingdom as regent. Sita makes a secret deal with the vulture-like Naga Jatayu and his men, to protect Ram and supply the trio with the anti-ageing drink, Somras.

Thirteen years pass and one day, Ram’s camp is approached by Raavan’s siblings, Vibhishan and Shurpanakha, who seek refuge from their tyrannical brother. Ram is skeptical but accepts them as guests. One day, Shurpanakha attempts to drown Sita, but the latter overpowers her and in the ensuing scuffle, Lakshman instinctively cuts Shurpanakha’s nose.

Ram and his group flee from there fearing Raavan’s retribution. One day, Ram and Lakshman return home from hunting and are shocked to find Jatayu and his men slain. Before dying, Jatayu tells Ram that Raavan has kidnapped Sita. Ram looks up to see the Pushpak Viman flying away and is filled with rage. 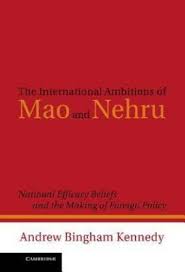 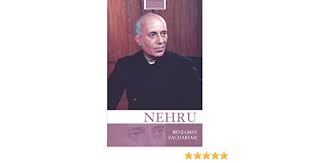 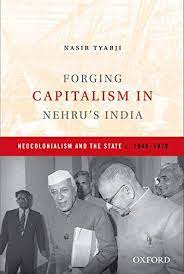